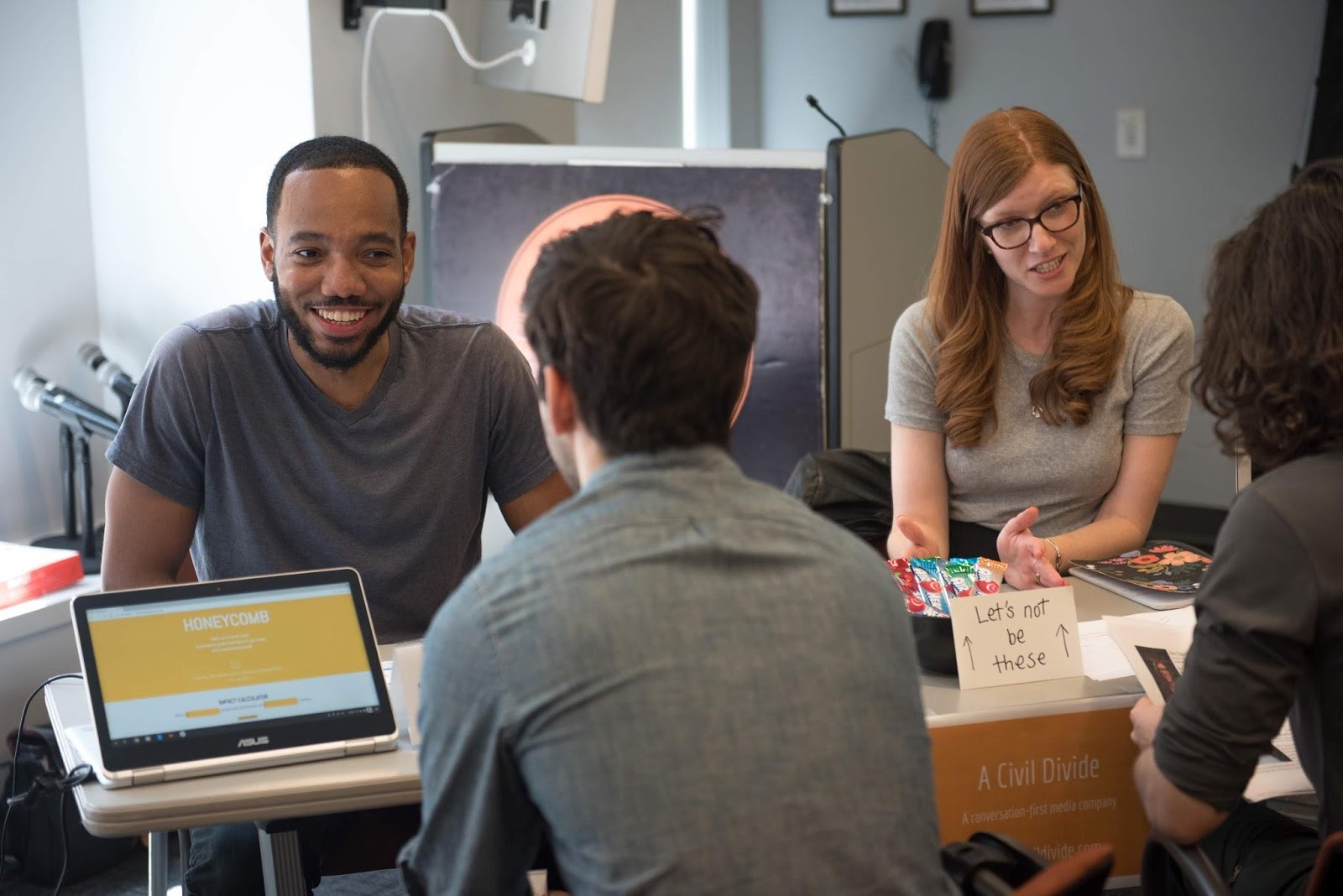 This module serves as an introduction to the diverse ways individual innovators can develop innovative ways to disrupt the world of journalism with creative new ideas. Those who complete the module successfully will:

This week our focus is on stretching beyond traditional forms of journalism to create new approaches to our craft. It’s about generating news-and-information ideas, products and sites for evolving audiences and communities.

In this era of radical change in how journalism is produced, distributed and monetized, journalists have tremendous opportunities for rethinking how to deliver news. The growing consensus in the industry is that journalists can no longer remain oblivious to the business process that sustains the profession—and that there has never been a more exciting time to start up journalism projects.

This week’s exploration of entrepreneurial journalism has two objectives. First, we’ll consider how new news organizations around the country, from tiny to huge, approach the challenge of making money. Second, we’ll get a taste of what it’s like to come up with ideas for new journalism projects.

Works to Complete Before the Class Session

Parts A and B provide an inside look at how a journalism startup arises, from the  earliest seeds of an idea to the challenges of bringing a news product to the public.

Select several readings from the Single Subject News Project to better understand how the news industry arrived at its current focus on niche, single-subject sites, in addition to more general interest ventures. These short readings provide important context for understanding  the current landscape of entrepreneurial journalism.

As an introduction to journalism startups and news innovation, this presentation helps introduce the forces that are changing journalism.

This video, following up on the first one, introduces journalism startups that have created new niche ventures to address an underserved community. Many such sites focus on addressing a shared demographic characteristic (age, gender, cultural background, etc) or a shared interest (psychographic) in a particular topic. Topic-based sites cover news and information for people interested in a specific subject. Others address an underserved geographic area. Some sites serve more than one niche.

The idea should be expressed in the form of a one-paragraph summary that includes the name of the project, a summary of what it does and how it operates, and a preliminary thought on how the project would sustain itself, i.e. generate revenue. To encourage pre-class discussion online, you should post this to your course discussion page before class meets.

Note for Instructor: Play the game for 45 minutes, with a 15-minute debrief discussion. As an alternative, you can also consider other active games from bit.ly/gamesforclass. One game listed there that works well for this kind of session is the Impact Pack game deck.

Print out the cards from this PDF, or share the PDF with students and assign them to pick one card from each color randomly for the game.

Summary of how the game process works in class:

Students in groups of two or three are given three random cards —one each of a different color, so they one card of each type — a technology card, a journalism objective card and an audience need card. Those are the three cards from the deck they will start with.

The Process: With their teammates, students then spend 5 minutes brainstorming an idea for a startup that blends the materials noted on the three cards. Then they move on to the next round, and each group is given three new cards.

Roles: Each group has a note-taker who keeps track of the group’s idea for each round. After four or five rounds (including the first round, which is a practice round) each group briefly summarizes the various ideas they have come up with.

Each group should come up with a name for each project idea as they go along, to ensure that they think about- and prepare to- explain the idea to others. The goal of the game is to encourage people to think creatively about radical new startups that would use new kinds of technology in new ways to address traditional and new journalism objectives. The idea isn’t to come up with conventional contemporary startups – that’s a separate process – the idea is to take a bit of time and to think radically – think about radical new ideas that might be quite a bit ahead of our time.

Brief Discussion of reading “News in the Digital World: Who Pays?”

7 Questions to Answer in Clarifying Your Startup

Discussion in teams of 2 of the entrepreneurial journalism startup ideas students have prepared ahead of time and posted online.

Here’s a set of six simple slides (summarized on a single 1-page PDF) to help guide class discussion on the Politico case.

The key is to briefly review the facts of the case and then to focus on a few key areas. Here is a suggested discussion plan for the Politico case. Also, consider using a role play approach, where students take on the role of one of the people mentioned in the case.

2) What was the day-to-day journey to launch like? What were the key activities required to get Politico off the ground? What mistakes did they make, what good decisions did they make, and what might they have done differently if they had a do-over?

3) How has the situation changed since Politico launched? [At this point you can mention or discuss the update documents I provide elsewhere for this module, including recent articles about Politico. You could also look at the current site and the recent Web stats, etc.] How are they doing now? How has the situation for newspaper and news organizations changed over the past few years? What changes are we likely to see in the coming few years, both in terms of the content side (the journalism) as well as the business side?

For those interested in reading further about Politico, either in advance of the class discussion or after the class, here are additional readings, slides and questions you may want to use during the class discussion or select from to provide to your students in advance of class or as part of the online discussion. You’re encouraged to find additional readings focusing on subsequent developments with the founders of Politico, who have moved on to new ventures since then, including developing and launching Axios.